Daintree Residence is arguably one of the most highly anticipated new launch to be nestled within the residential enclave of Bukit Timah in the Central Region of Singapore. Consisting of 327 units spread over 2 luxuriously appointed wings namely, Valley Wing (primarily with 1 & 2 bedded units) with its very own 25m leisure pool & the Rainforest Wing (comprising the bigger units) with a 50m full-length swimming pool.

Potential residents and investors of this S P Setia’s new launch can expect to experience a uniquely-designed treetop walk structures intertwined between a vast assortment of facilities and amenities on the roof decks of the different towers.

Welcome nature into luxurious living while experiencing simultaneously the splendour and tranquil lush greenery of the Bukit Timah Hill. It wouldn’t hurt that the Beauty World MRT is situated just about 7 minutes stroll away. 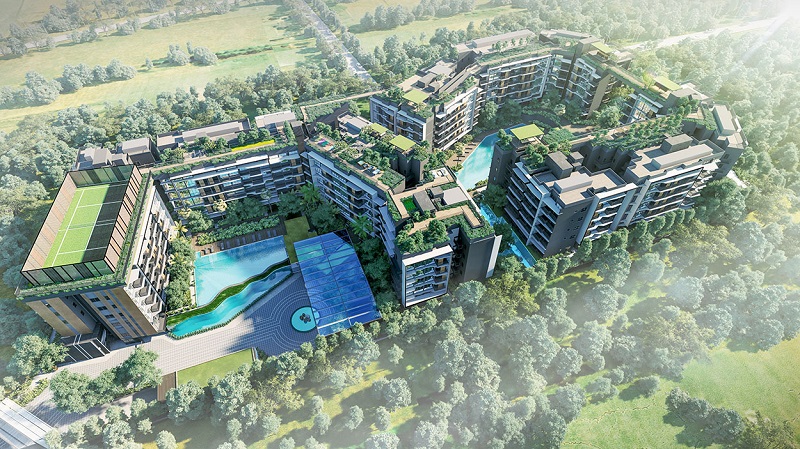 The Malaysian developer, S P Setia, first made their debut in the Singapore market in 2012 with their launch of the freehold condominium, 18 Woodsville and Eco Sanctuary at Chestnut Ave. Since that debut, the group has continued to assert their confidence in their investments in the thriving Singapore real estate market. The developer have won the Gold award in 2014 for 18 Woodsville, Singapore and in 2012 Platinum Award for Setia Eco Sanctuary, Singapore.

In addition to Singapore, the group has ventured into several other international markets, including those within the United Kingdom, Vietnam, Australia, and China. The group has gained international renown for their luxurious residential developments, and continues their endeavours to strengthen their presence in Singapore through highly-anticipated developments such as the upcoming Toh Tuck Road project.

The 18 Woodsville and Eco Sanctuary condo developments by S P Setia have been admired as expertly-crafted, luxurious housing properties within the community, featuring lush views that prioritise tranquillity and connectivity for the benefit of their residents.

The internal values of the developer pay attention to social responsibility in creating eco-developments that contribute to a clean and safe environment, as well as integrity and continued growth as a flourishing company. 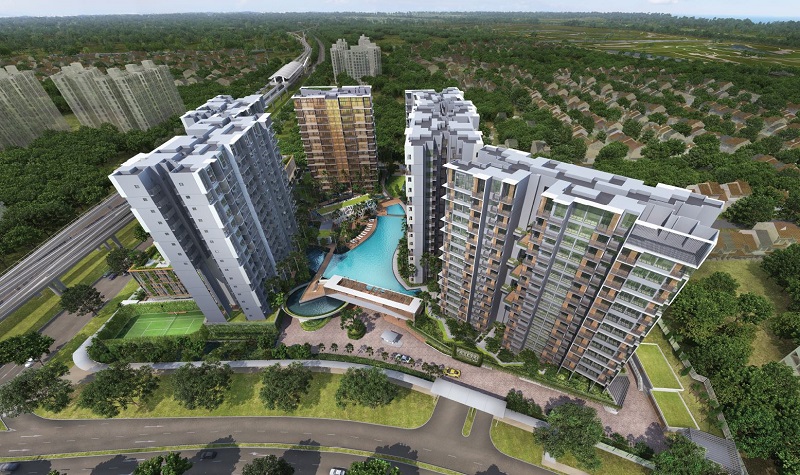 Founded in 1986, ADDP Architects(renamed to ADDP Architects LLP in 2011) is a multi-faceted architecturalpractice based in Singapore that offers a comprehensive scope of services including architectural and interior design, project administration and masterplanning. Since formation, a strong base of expertise has been established fora wide spectrum of project types with accomplishments of an internationalprofile.

ADDP’s philosophy emphasizes vibrant growth through the production of innovative and quality designs, which at the same time are responsive to client’s operating budgetary needs.

ADDP is one of the first architectural firms to be certified ISO 14001 - Environmental Management System in year 2005as the management is committed to green and sustainable buildings design. ADDP has been awarded BCA Built Environment Leadership Award (Gold Class Award Winner) in year 2016.

Register yourself below to get a copy of Daintree Residence Floor Plans, Brochure, Pricing and Latest Updates!